“There are no words to describe Helen Gill’s outstanding integrity and stoic but compelling and forthright manner in approaching the difficult legal hurdles that have to be overcome in achieving a successful and dignified resolution.”
Legal 500 2020

“an incredibly down-to-earth and intellectually strong lawyer. She is always bubbling with ideas and is very enthusiastic about helping her clients.”
Chambers and Partners UK 2020

“She is extremely enthusiastic and determined. She has an impressive knowledge of the law and a keen understanding of how to use it to achieve practical results.”
Chambers and Partners UK 2017

“She has excellent writing and research skills and her communication with us was spot-on. She converted tricky legal points into layman’s language.”
Chambers and Partners UK 2016

“really empathetic and an excellent lawyer.”
Chambers and Partners UK 2015

Helen qualified as a solicitor in 2004 and joined John Ford Solicitors in 2007. Since joining the firm Helen has been successful in representing clients in range of legal disputes. She acts almost exclusively for individuals in claims against the State, public bodies (including local authorities, Government departments, universities, schools and licensing bodies). Helen is recommended in the Legal 500 in education law (individuals), administrative and public law (next generation partner), and civil liberties and human rights, and in Chambers and Partners for education law (individuals) (band 3).

Public Law
Helen has acted for individuals and groups in a wide range of Judicial Review cases, including cases which have been taken to the Court of Appeal, and would be happy to take instructions on any potential public law claim. Her experience includes:
• The application of the Equality Act to the student finance regime for students arriving from overseas.
• The legality of the withdrawal of a right of appeal.

• Unlawful unofficial exclusions from school.
• The failure of a health authority to comply with the requirements of the National Health Service Act 2006.
• The refusal of a Local Authority to allow access to fee-paying childcare services in its area as a result of a debt being unpaid.
• Prison law and connected Human Rights Act issues.
• Failure of Local Authorities to assess and provide community care services.
• Judicial Reviews of the OIA and universities.
• School closures.
• Expulsions from university courses for, e.g, non-payment of fees.
• Human Rights Act claims including Article 2 of the 1st Protocol (Education) and Article 8 ECHR (private and family life).
• The failure of Local Authorities and Health Authorities to co-operate.
• The failure of safeguarding bodies to properly investigate complaints.
• The fairness of fitness to practise procedures.
• Adaptations to the home for disabled children and connected community care services.
• The refusal of a public body to comply with an order of the Employment Tribunal.
• Costs.

On appeal from the Administrative Court, the Court of Appeal held that the absence of CP’s educational placement costs from her personal budget in her Care Act 2014 care and support plan was a breach of the 2014 Act. The defendant Council was required to compensate CP for her accrued right to the cost of her placement.

In which the Court of Appeal considered whether a re-engagement order made by an Employment Tribunal created an enforceable obligation on an employer to re-engage an employee.

Judicial review of the OIA in which the Administrative Court held that the jurisdiction of the OIA is a matter for the Court rather than for the OIA, hence a claimant does not depend on a rationality review by the Court. In this case, the question of whether B’s breach of contract claim was related to the subject matter of his complaint to the OIA was held to be a question for the Court, not a question for the OIA. On the facts of this particular case, the Court rejected B’s argument that the contractual claim and his complaint were sufficiently different. Leon Glenister of Landmark Chambers was instructed.

Judicial review concerning social care provision for a disabled young woman, the right to education under ECHR, and the social care/education divide

Judicial review on behalf of a disabled young man, in which the Local Authority’s assessment under the Care Act 2014 and its decision to move the Claimant to another residential placement were quashed

Judicial review on the procedural fairness of fitness to practise proceedings at a University.

The lawfulness of a community care assessment.

A successful appeal by way of case stated against the decision of the Magistrates to remove a taxi driver’s licence, including an application for costs.

The duties of the OIA to comply with the Equality Act in dealing with complaints about universities.

On whether ordinary residence for the purposes of the student finance regulations had to be lawful residence. 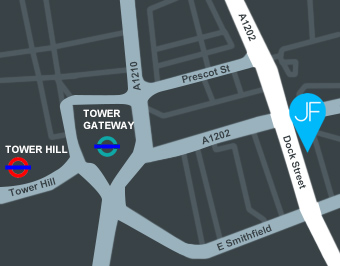